The city of Oshkosh is a center of activity in Winnebago County. Positioned where the Fox River enters Lake Winnebago, Oshkosh has a thriving sporting community in addition to a vibrant cultural scene. Residents of the surrounding area benefit from the accessibility of Oshkosh thanks to the intersection of two U.S. state highways within city limits.A Native American chief inspired the city's name. The fur trade played a minor role in establishing the city, but the lumber industry was the greatest factor in the growth of Oshkosh. Sometimes called the 'Sawdust Capital of the World,' Oshkosh utilized its proximity to waterways as well as the arrival of rail transportation to expand its prominence in the lumber industry. Despite the 'Great Fire' that consumed the majority of Main Street in 1875, Oshkosh boasts many historical buildings that lend themselves to establishing the charm of Oshkosh.Oshkosh proudly hosts many cultural events and has developed a thriving art and music scene. Several annual music festivals are held in Oshkosh, specializing in rock, country, and Christian music. A monthly event known as Downtown Oshkosh Gallery Walk draws attention to the growing art scene. Oshkosh also boasts an opera house, a performing arts center, and a recently constructed amphitheater. The annual Experimental Airshow Association event that Oshkosh hosts draws in hundreds of thousands of visitors each year.Of course, you can't forget the sporting opportunities when discussing Oshkosh! You can often see or participate in yacht or boat races. Oshkosh often hosts fishing tournaments on Lake Winnebago. The annual sturgeon spearing season draws many visitors. Oshkosh is the southern tip of the Wioubash State Trail, which attracts hikers, bikers, and even horseback riders.Oshkosh is also known for several brands bearing its name. Oshkosh Corporation is a leading manufacturer of specialty vehicles. Oshkosh B'Gosh is known for its popular overalls and children's clothing. A lesser-known brand is Oshkosh Brewing Company. Successful businesses such as these offer many excellent employment opportunities to residents of Oshkosh, Wisconsin.Residents of Oshkosh also receive the opportunity for exemplary education through the school system as well as the University of Wisconsin-Oshkosh. Oshkosh is an ideal location for an exciting family lifestyle! 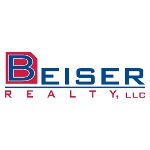