Naval Weapons Station Earle, formerly known as Naval Ammunition Depot Earle, is located in the towns of Colts Neck, Howell, Wall and Tinton Falls.  The waterfront area, located in Leonardo consists of a pier, 2.9 miles in length jutting out in the southern end of Sandy Hook Bay.  It consists of train access and docking areas where warships load and unload at a safe distance from the population.  It was commissioned in 1943 and was named after Rear Admiral Ralph Earle.  Today it is the Department of Defense's transshipment site for ordinance.

Considered part of the New York Metropolitan area, Colts Neck is a lovely township that has an exceptionally strict zoning ordinance that helps maintain the town's neighborhood feel; locally owned businesses are a priority. Once a farming community, Colts Neck lives up to its name as a thriving equestrian locale.

With an impressive parks system, Colts Neck has activities for residents of all ages and interests. Buck's Mill Recreation Area is a true showcase of the park system; it hosts everything from picnics to polo. The parks department facilitates numerous clubs and athletic organizations.

With exceptional standards and good quality of living, it's no wonder so many make this town their neck of the woods. 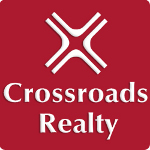 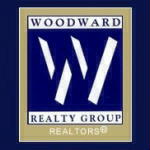