There are many waterfront and beachfront communities nearby and few days without sunshine, which allows year-round outdoor activities.  The warm, subtropical climate offers the following average temperatures:

To the west is Pensacola, home of the Navy Base and Blue Angels, beautiful Pensacola Beach and the Pensacola Regional Airport.  About an hour to the east, near Tyndall Air Force Base is Panama City Beach which has more shopping, entertainment and the new NW Beaches International Airport.

Known by tourists as 'The Emerald Coast', this area is home to some of the most beautiful beaches in the world as well as the blue-green waters that gives it this name. The Emerald Coast offers a unique opportunity for tourists to rent privately owned vacation homes on or near the beach versus staying in a hotel so it attracts multigenerational groups of travelers and is a popular family reunion and wedding destination.  Rental properties offer a great return on investment to their owners, so some members of the military buy investment property here in addition to their own homes.

Mary Esther, FL is just east of Hurlburt and borders the Santa Rosa Sound with some waterfront homes.  Other nearby communities are Navarre, Ft. Walton Beach, Shalimar, Valparaiso, Niceville, Destin, Miramar Beach and Santa Rosa Beach, most of which have a low crime rate and good public schools.

Navarre is just west of Hurlburt Field in Santa Rosa County and offers waterfront communities like Holly by the Sea, Tiger Point, and many others. Just over the bridge and the Santa Rosa Sound is Navarre Beach which is one of the less crowded beaches in the area.

Shalimar/Valparaiso is located just north of Ft. Walton Beach and offers several waterfront communities along the Choctawhatchee Bay and bayous.

Niceville is located north of Destin across the Choctawhatchee Bay and has many waterfront communities along the bay and bayous.  Niceville offers excellent schools and its athletic program is one of the best in the area

Destin, also in Okaloosa County, is known for having the most beautiful beaches in the world and excellent deep-sea fishing.  It is one of the most popular tourist areas in the Southeast and also has great shopping, dining and entertainment.  The harbor is a great place for entertainment and dining, and a popular spot for boaters is Crab Island, a shallow spot by the harbor and Destin Bridge where boaters gather to socialize.

Miramar Beach is just east of Destin, in Walton County which has excellent schools and is home to the Silver Sands Premier Outlet Stores, Golf Resorts and many gulf-front restaurants.

Santa Rosa Beach, also in Walton County, is the furthest east toward Panama City Beach, and offers a more "back to nature" beach experience with several State Parks, Dune Lakes and some of the most pristine beaches in the world, and knowns for its upscale beach communities like Seaside, Watercolor and Rosemary Beach.

After traveling all over the world in their careers, many military members choose to retire in NW Florida because of the natural beauty, sub-tropical climate, low-crime rates, great entertainment options and overall southern hospitality. No matter which community you choose or how long you stay, you are sure to enjoy your time in NW Florida! 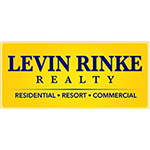